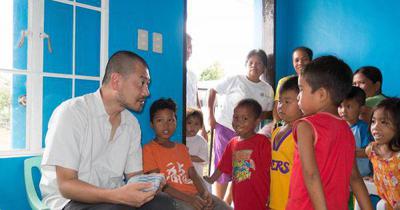 Social justice promoters for the world's religious orders are praising Pope Francis' unusual appointment of one within their ranks as a diocesan bishop, saying the choice emphasizes the importance of their work and ministry. 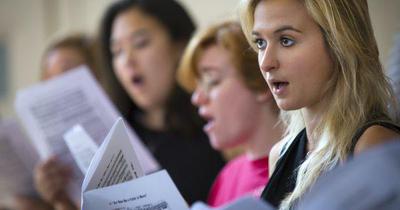 US worship publishers see income 'evaporate' due to pandemic restrictions

Leaders at the three major U.S. publishers of Catholic worship resources are expressing concern about how the continuing coronavirus pandemic will impact their operations, which largely rely on bulk sales of hymnals and missalettes to individual parishes. 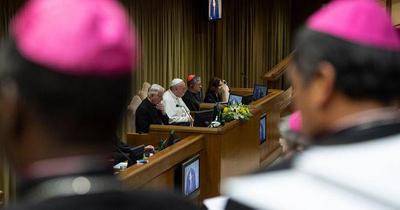 'Vos Estis' at one year: Some question pope's process for investigating bishops

It is a bit early to assess the effect of Pope Francis' new global system for how the Catholic Church evaluates reports of clergy sexual abuse or cover-up by individual bishops, say canon lawyers who spoke to NCR. They also raised questions about the new process, first established in May 2019, which involves the empowering of archbishops to conduct investigations of prelates accused in their local regions. 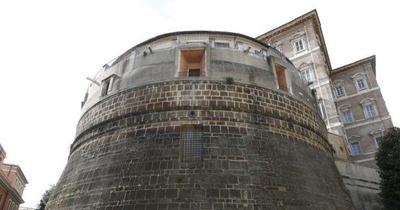 The head of the Institute for the Works of Religion, commonly known as the Vatican bank, has verified that the institution does not maintain investments in the fossil fuel sector. In a May 21 statement to NCR, the director general of the bank said he wished to "confirm" an earlier statement from one of the institution's former employees.
National Catholic Reporter • 7th May 2020 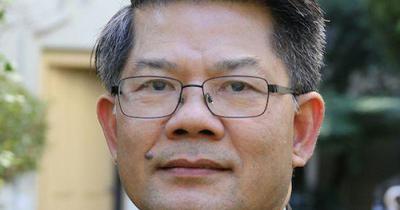 An Australian bishop speaks about a national church 'fraught with division'

Like many Catholics in Australia, Bishop Vincent Long speaks about the upcoming plenary council as something of a final chance for the national church to show it has both reformed on clergy sexual abuse and can still be culturally relevant in the 21st century. In an emailed NCR interview focused on how the quashing of Cardinal George Pell's convictions might affect the gathering, which has been in preparation for two years, Long called the assembly "the last throw of the dice." 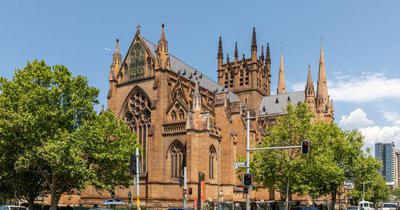 A number of influential Catholic figures across Australia are expressing concern that the divisive atmosphere stoked by the recent quashing of Cardinal George Pell's sexual abuse convictions could frustrate hopes for an upcoming once-in-a-generation assembly of the nation's church. 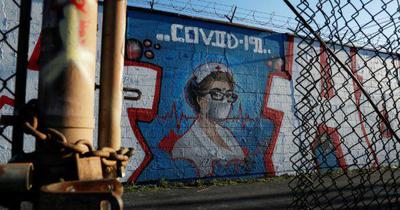 'Grace comes through': Three bishops on ministering during a pandemic

Beyond the myriad health and economic anxieties caused by the ongoing coronavirus pandemic, Catholics across the United States are also struggling with being unable to physically attend Mass or otherwise gather in person together for worship or prayer. In separate NCR interviews focused on their message for Catholics in this unprecedented time, three of the country's bishops urged lay faithful to do what they can, despite the unique difficulties of the moment, to develop their prayer lives and help those in need. 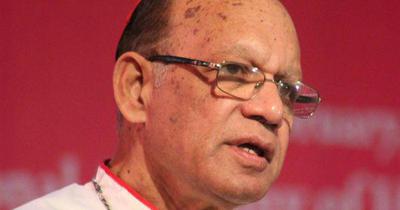 One of the six members of Pope Francis' advisory Council of Cardinals has acknowledged a bias among the members of the Catholic Church's all-male hierarchy against giving women more leadership roles, saying he and his peers must "shed this prejudice." 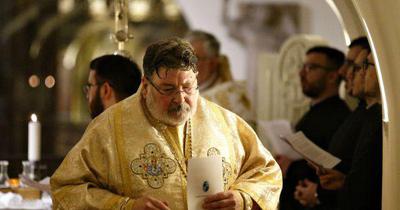 'Nothing' bishop gets frank on married priests, Vatican under Francis

If you believe Bishop John Michael Botean's description of himself, he's "a nothing bishop from a nothing diocese." If so, that self-described identity appears to have bestowed on the Ohioan a rather unusual level of candor for a U.S. prelate. 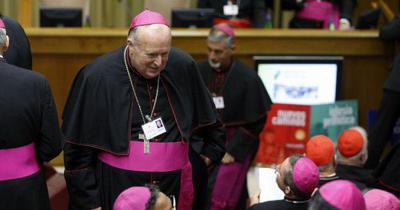 On Catholic women deacons, San Diego's McElroy is 'in favor of it'

San Diego Bishop Robert McElroy said he supports allowing women to serve as deacons in the Catholic Church, in what appears as the first such public disclosure of a U.S. prelate since Pope Francis reopened consideration of the history of women's diaconal ordination in 2016.
National Catholic Reporter • 26th September 2019

Mannion's sudden death left theologians on several continents struggling to evaluate the life and work of a colleague and friend often remembered for his gregarious nature and as the lively heart of national and international theological gatherings. Gerard Mannion, who had been a senior research fellow at Georgetown University's Berkley Center since 2014, died Sept. 21 after apparently collapsing during a morning jog in the Washington area. He was 48. A young Irish theologian with a global rep
National Catholic Reporter • 20th September 2019

The Indonesian archbishop who was chosen by Pope Francis as one of 13 new cardinals of the Catholic Church called his appointment a sign of special appreciation for his country's Catholic community, a small minority group spread across 37 dioceses located on more than 17,000 islands. 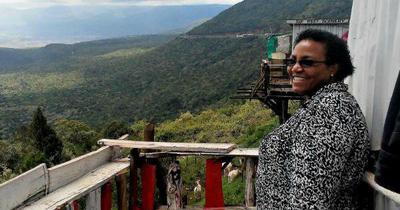 Pax Christi International, a global Catholic peace organization that raised its profile in recent years with two Vatican conferences on Christian nonviolence, has changed its leadership for the first time in nearly a decade. At a general meeting of 12 regional sections of the organization in late June, members elected two new co-presidents: French Bishop Marc Stenger and Kenyan Sr. Teresia Wamuyu Wachira. They replace South African Bishop Kevin Dowling, who had served since 2010, and American ac 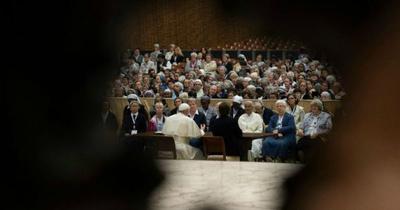 Rome — Pope Francis in May formally handed over the secret report of his commission to study the history of women deacons in the Catholic Church to the global umbrella group of the world's women religious, which had originally requested the commission's creation in 2016. Now, the new leader of that umbrella group, which represents some 450,000 sisters and nuns around the world, says it will be considering soon whether to make the report public. In a June 19 interview, Claretian Missionary Sr. 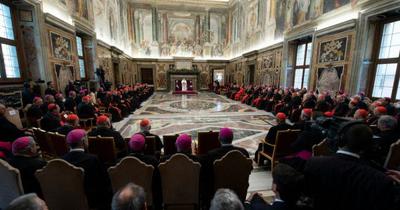 The text of the proposed new apostolic constitution, obtained by NCR, also notably reorders the precedence of the Vatican's offices, downgrading the once all-powerful Congregation for the Doctrine of the Faith in favor of a new streamlined evangelization bureau charged with attracting followers by considering the "fundamental questions" of our era. 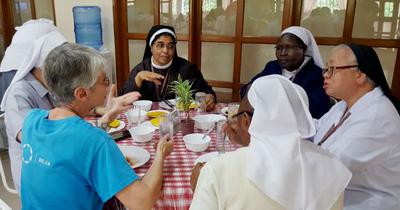 In the three years since Pope Francis announced he would create a commission to study the history of women deacons in the Catholic Church, signaling a possible openness to ending the global institution's practice of an all-male clergy, there has been little news about the group's work. 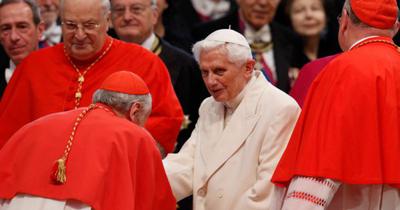 Vatican City — When Pope Benedict XVI shocked a meeting of cardinals Feb. 10, 2013, with news he would be renouncing the papacy at the end of that month, he promised that as the ex-pontiff he would retreat from the public eye and serve the Catholic Church "through a life dedicated to prayer." But by the third anniversary of his resignation, Benedict was taking on a more active role. First came a March 2016 interview with a Belgian theologian that focused on the question of God's mercy, just as 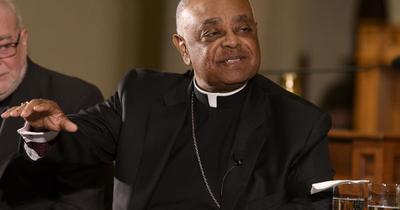 In transferring Gregory from Atlanta, Francis has also appointed the first African American archbishop for the nation's capital, putting him in line to likely become the first black cardinal in the 230-year history of the U.S. church. Announcement of the appointment, which had been rumored for the past week, was made in the Vatican's daily bulletin April 4. The archbishop is expected to hold a press conference later in the day. Gregory, 71, has served as the archbishop of Atlanta since 2005. A c 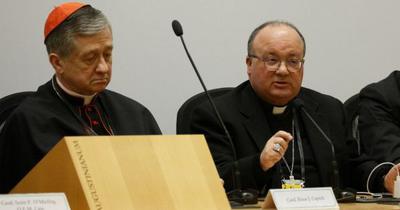 Exclusive: Cupich, Scicluna say Vatican should give reasons when a bishop is sacked

In separate exclusive half-hour interviews with NCR, Chicago Cardinal Blase Cupich and Maltese Archbishop Charles Scicluna also both indicated that procedures the pope developed in 2016 to initiate the removal of bishops found negligent in clergy abuse cases may be updated to make them more transparent.
Load More Articles
Close ✕