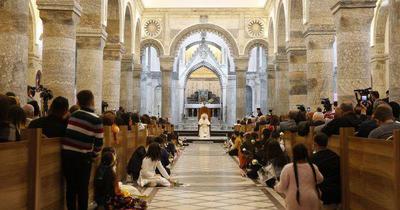 Francis defends traveling to Iraq during pandemic: 'Aware of the risks'

ABOARD THE PAPAL FLIGHT FROM BAGHDAD — Pope Francis on March 8 defended making a historic trip to Iraq despite the possibility of spreading the coronavirus in the country, saying he was "aware of the risks" but hoped God would help protect people from infection. 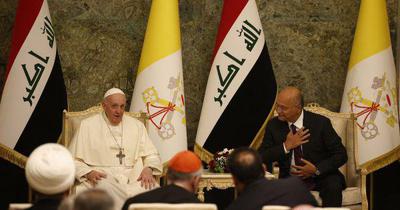 BAGHDAD— Pope Francis arrived in Iraq March 5 for a three-day visit aimed at encouraging the nation's historic but diminishing Christian community amid tight security measures and worries about how the trip may facilitate the spread of the coronavirus. 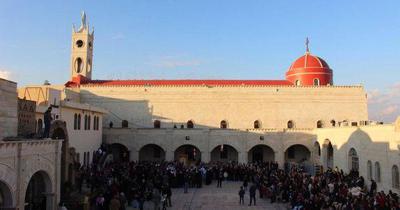 ROME — Traveling during an ongoing global pandemic. Heading to a country where suicide bombings are a threat. Preparing for the first meeting between a pope and one of the world's leading Muslim clerics. Even for a pontiff who has undertaken some difficult trips abroad, Pope Francis' planned visit to Iraq, March 5 to 8, has more than a usual share of complexity. 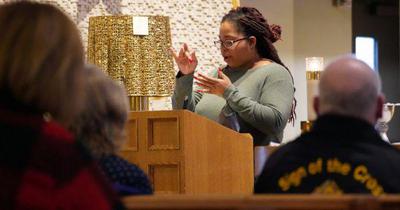 VATICAN CITY — Pope Francis has changed Catholic Church law to make explicit that laywomen can act as readers and altar servers in liturgical celebrations, effectively removing a previous option for individual bishops to restrict those ministries only to men. 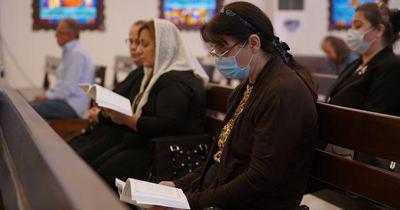 ROME — Public health experts and Catholic ethicists are expressing concern about Pope Francis' newly announced plan to visit Iraq in March, warning that the trip could facilitate the spread of the coronavirus in a nation with an underdeveloped healthcare system. 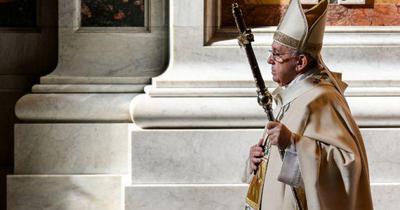 Women need not be priests to lead church, Francis says in new book

ROME — Pope Francis has strongly defended his record on naming women to positions of authority at the Vatican, saying in a new book that women do not need to be priests to serve as leaders in the global Catholic Church. In the volume Let Us Dream: The Path to a Better Future, being released Dec. 1, the pontiff points especially to his 2016 appointment of Italian Barbara Jatta to lead the Vatican Museums and to several other women he has named as under-secretaries of Vatican departments. 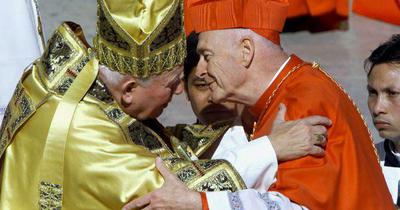 VATICAN CITY — The Vatican's explosive report on the career of disgraced ex-cardinal Theodore McCarrick makes one thing devastatingly clear: the late Pope John Paul II decided to appoint the priest as archbishop of Washington despite repeated warnings from high-level advisers on both sides of the Atlantic. 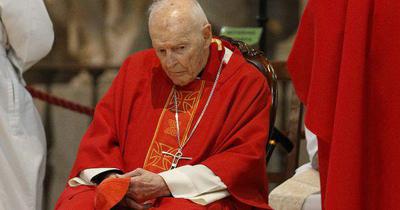 VATICAN CITY — In an explosive report that calls into question the decision-making of three Catholic popes, the Vatican has revealed a series of institutional failures that led to the repeated promotion of now disgraced ex-cardinal Theodore McCarrick despite rumors of his alleged sexual misconduct with young men as early as the 1990s. The Vatican places an abundance of responsibility on Pope John Paul II, who appointed McCarrick as archbishop of Washington in 2000 and made him a cardinal in 2001. 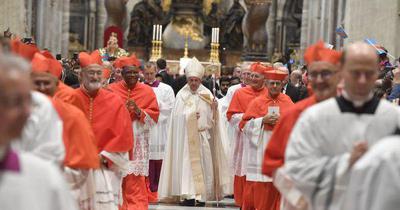 Will the 13 new cardinals come to Rome during a pandemic?

ROME — Pope Francis' Oct. 25 announcement that he would be creating new Catholic cardinals next month came the same day the Italian government mandated a new "semi-lockdown" for the country's population, urging people not to travel outside their communities because of sharply increasing coronavirus infection numbers. What are the 13 men now set to be inducted into the church's most select body of prelates during a Vatican ceremony Nov. 28 to do? 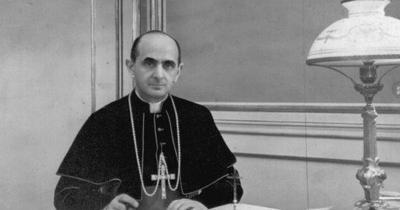 VATICAN CITY — When the Vatican opened its archive of materials related to the 19-year papacy of Pope Pius XII for the first time earlier this year, historians certainly expected to focus on a range of controversial questions surrounding the wartime pontiff's record during the Holocaust. But new research in the archives appears to be placing the focus, at least partially, onto another figure entirely: Msgr. Giovanni Montini, who served as one of Pius' most influential Vatican advisers before later becoming Pope Paul VI. 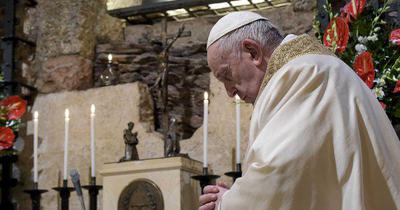 VATICAN CITY— Laying out a comprehensive vision for how the world should change after the coronavirus pandemic, Pope Francis imagines societies that are more caring, more focused on helping those in need and fundamentally less attached to the principles of market capitalism. In a lengthy and wide-ranging encyclical letter released Oct. 4, the pontiff says the continuing global health crisis makes it "all the more urgent that we rethink our styles of life." 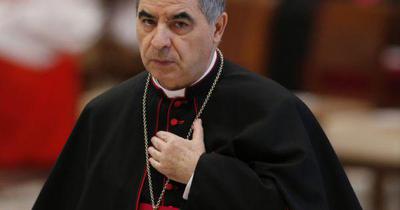 VATICAN CITY — One of the highest-ranking cardinals in the Catholic Church resigned his Vatican post unexpectedly Sept. 24, with the city-state giving no explanation for the dismissal. In a surprise bulletin late in Rome, the Vatican said Italian Cardinal Angelo Becciu had both left his position as head of office responsible for overseeing Catholic sainthood causes and renounced "the rights connected to the cardinalate." 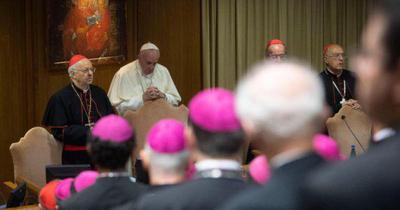 ROME — The Vatican's Congregation for the Doctrine of the Faith directed the world's Catholic bishops July 16 to investigate claims of sexual abuse against minors even when they appear unfounded, reminding the prelates that failure to do so can lead to their removal from office for negligence of duty. 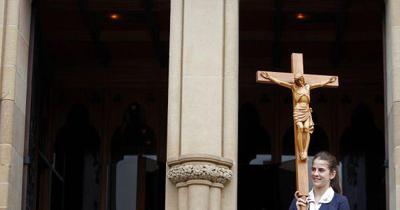 A new report commissioned by Australia's bishops and religious orders recommends a series of radical changes to the way the Catholic Church operates across the country, tackling issues as far-ranging as women's inclusion in decision-making roles and the Vatican's opaque process for making episcopal appointments. 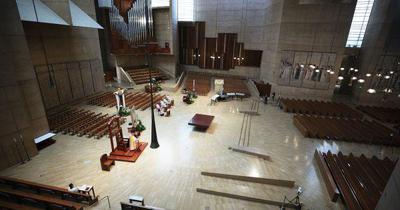 Several theologians are expressing concerns about a set of guidelines forwarded by the U.S. bishops' conference to Catholic prelates across the country over how to restart public celebration of the Mass despite the ongoing coronavirus pandemic.
National Catholic Reporter • 5th May 2020

Liturgical federation proposes temporary ban on Communion on the tongue

Days after the U.S. bishops' conference forwarded a set of suggestions for how Catholic prelates might restart the public celebration of the Mass during the coronavirus pandemic, the national organization of diocesan liturgical officials has published its own separate set of recommendations. The guidelines from the Federation of Diocesan Liturgical Commissions differ from those offered by the bishops on one major point: whether Catholics should be allowed to receive Communion on the tongue. Wh 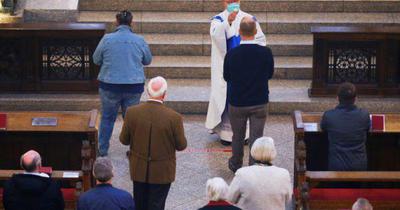 US bishops' guidelines for reopening Mass: groups of 10, sanitizer during Communion

The U.S. bishops' conference has forwarded a set of recommendations to Catholic prelates across the country, proposing various paths forward for how they might restart the public celebration of the Mass in their dioceses despite the continued fear of the spread of the coronavirus. In an April 30 memorandum obtained by NCR, Archbishop Leonard Blair, head of the bishops' Committee on Divine Worship, suggests the prelates consider a series of guidelines prepared by the Thomistic Institute at the Dominican House of Studies in Washington. 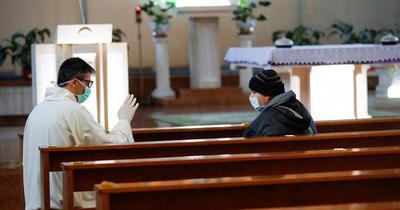 Confession by Zoom? Pandemic revives conversation about reconciling from afar

The social distancing measures imposed on most of the world's population during the coronavirus pandemic have not only prevented Catholics from going in person to celebrate the Mass, but have also largely put a stop to the practice of confession. This new reality, especially serious for those suffering from the virus or nearing the end of their lives, has revived conversation around a basic question: Why can't we do this by phone? 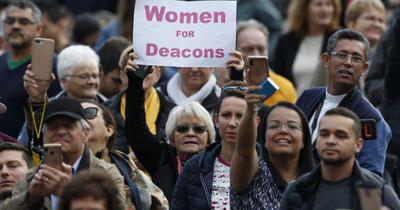 Most of the members of Pope Francis' new commission to study the ordaining of women as deacons in the Catholic Church appear not to have focused on the matter in their scholarly work. And the few with publications in that research area seem to have expressed blunt skepticism that the women who served as deacons in the early centuries of the church had roles analogous to those of male deacons, then or today.
National Catholic Reporter • 8th April 2020

Pope Francis has created a new commission to study the ordaining of women as deacons in the Catholic Church, the Vatican announced April 8. The new group, composed of 12 members, appears to replace the earlier study commission on the issue, which the pontiff had instituted in 2016. None of the members of the earlier group have been appointed to the new commission.
Load More Articles
Close ✕